This year’s winner of Car Design News’ Lifetime Achievement Award is self-styled visual futurist, and inspiration to generations of car designers past and present, Syd Mead. Mead joins Marcello Gandini and Giorgetto Giugiaro as the third recipient of the award, which forms a key part of the annual Car Design Review book published each Spring at the Geneva motor show. – See more at: http://cardesignnews.com/articles/news/2016/03/lifetime-achievement-award/#sthash.qAIazi2Z.dpuf

Accepting his award on video from his home in Pasadena, California, Mead has been frequently cited by designers old and new as a genuine legend in his field. The Car Design Review 3 features a comprehensive interview with Mead, and includes original photography of him at work in his home studio, along with some of his best, and rarely-seen work from throughout his career.

Mead graduated from Art Center in 1959 and was immediately recruited by Ford’s advanced studio, headed at the time by Elwood Engle. After two years he left to pursue new ventures, including his superb work for United States Steel. In 1970, he launched Syd Mead Inc. in Detroit, Michigan. working between the USA and Europe, and then began his first foray into design for the big screen in 1979.

Working on feature films including Star Trek: The Motion Picture, Blade Runner, TRON, Short Circuit, Aliens, and more, Mead quickly became the movie industry’s default choice for creating spectacular futurescapes and the vehicles that drove or flew in them.

Still actively creating the stunning artwork he’s famous for, Mead retains his fascination with the future, be it turning his mind to a utopian vision of a world a hundred years from now, or embracing new design technology that allows his work to further stand out. 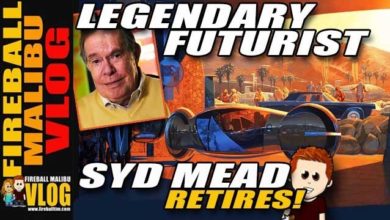 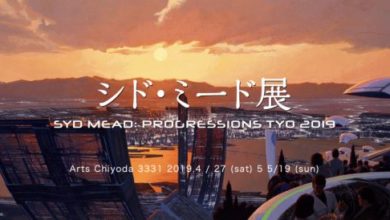